The publisher of the Old Town Crier has known Commander Robert “Bob” Yakeley (retired) since the mid-’90s and I met him fairly shortly after. While we knew he had a fairly colorful career as a fighter pilot in the U.S. Navy and was a man of many interests, concocting hot sauce never crossed our minds. I guess in retrospect he was noted for his culinary expertise but I just thought it was to impress the ladies. Little did I know it is truly a passion of his. One of the results of his passion for food resulted in his quest to perfect the hot sauce that he made for friends and family over the years and it has transformed into “Hurricane Bob’s”.  Any of you familiar with fighter pilots or even the movie Top Gun know that they all have a call sign…..

What started out as a weekend hobby in his kitchen slowly transformed into the creation of a really good, quality hot sauce. After experimenting with ingredients for 20 years and testing it out on family and friends, he finally found the right combination for his first batch of Cajun Dew, a *Category 4. I can attest to its flavor, he got it spot on, and I am pretty finicky about my hot sauce. He did his homework and found a bottler in North Carolina that met his standards of keeping his sauce true to taste and went into production last August.

He told me that his motto is “Flavor First” and he got the right combination of cayenne and habaneros along with garlic, vinegar, and salt in the Cajun Dew. As it is described on his website, “Simple yet flavorful. Great on top of your local brick oven pizza or mixed with a craft Bloody Mary. Put it on anything you can imagine!”

Following Cajun Dew is his newly released Inca Gold Peruvian Heat. I have yet to try this one. He went down south…like South America…to source the peppers for this concoction. I hear he was under the influence of a former girlfriend from Peru when he started dreaming this one up. The official description for Inca Gold is: “This sauce combines the unique flavors of the South American Chili peppers (Habanero, Aji Amarillo and Rocoto) with fruity and zesty notes with just the right amount of punch. While not for the faint of heart, the subtle sweetness also pairs well with Paella, stir fry, chicken or seafood.” Inca Gold is a *Category 4.

Bob told me he is perfecting a third sauce right now and is hoping to have it ready for prime time in late spring. It sounds like it is going to be the mildest of the bunch at a *Category 2. Celtic Green is its handle and he describes it as follows: “The Celtic Green batch uses Jalapeño and Serrano chili peppers with a well-balanced sauce that is smooth and easy to add to any dish. Not too overpowering, yet tasty and mild for most palates.”

Yakeley is always on the hunt for the next best peppers and dreaming up complimentary combinations. He is meticulous about what he wants and it is reflected in his dedication to his product. He told me that he is hands on right down to the design of his labels.

Hurricane Bob’s is available online (hurricanebobs.com) and is continuing to make its way into the local retail market. It is on the shelves at the Old Town Store on Union Street, Daniel O’Connell’s Restaurant & Pub, Union Street Public House, Bonefish Grill and Virtue Feed & Grain. It is also available in wholesale/bulk andprivate labelling is in the very near future. Wouldn’t it be fun to have your name on some really “cool” hot sauce to go along with that private label wine/water you have from your favorite winery at your next gathering?

The Saffir-Simpson Hurricane Scale is a 1-5 rating based on a hurricane’s intensity. This hurricane scale is used to give an estimate of the potential property damage and flooding expected along the coast from a hurricane landfall.

The Scoville Scale is a measurement of the pungency (spiciness or “heat”) of the chili peppers and other spicy foods, as recorded in Scoville Heat Units (SHU) based on the concentration of capsaicinoids, among which capsaicin is the predominant component.

Hurricane Bob’s Heat Index combines elements of both of these systems. 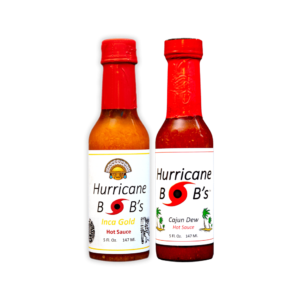 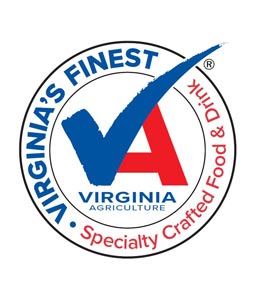 Use the contact form to send us a message or ask a question. For information about wholesale and private labeling services click here.